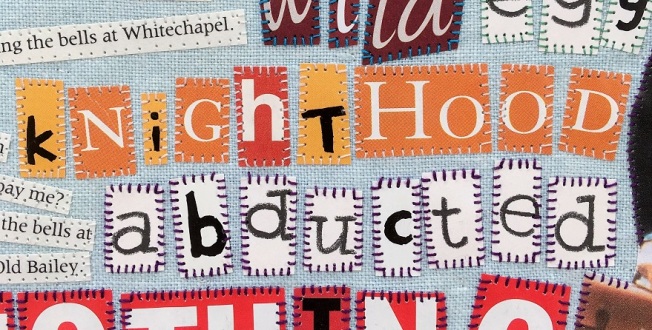 You can see the finished piece, here.

Boko Haram fighters abducted the girls during a raid on their boarding school in Chibok.

They have still not returned home.

Alan Davies, Wembley headteacher not comedian, has been stripped of the knighthood he received in 2000 for services to education.

He was found guilty of false accounting last year.

Davies paid himself, three staff members and two governors a total of £2.7m over several years through bonuses and salaries.