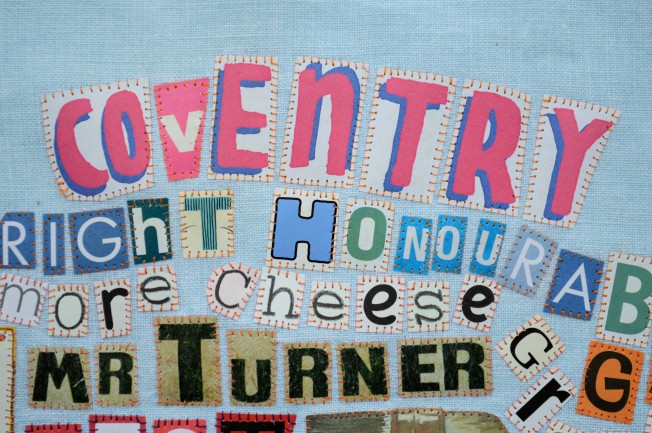 On Saturday, all four of us went to the pictures to see a proper film. As a group, we have never seen a non-Pixar-type film at the cinema. Not that there is anything wrong with Pixar, but I thoroughly enjoyed this new experience and see it as us moving to a new level. I am looking forward to many more films. Bring it on.

The film was The Imitation Game. Benedict Cumberbatch plays yet another genius. It is about Alan Turing, a computer science pioneer, cracking so called uncrackable Nazi codes, which gave the Allies advance warning of bombing raids, and the like. Anyway, they had to allow some attacks to happen regardless, so the Nazis wouldn’t twig.

Today, it suddenly dawned on me that Coventry was one of the raids they knew was going to happen. I can’t stop thinking about this.

Sickeningly, after the war, Turin was chemically castrated by the Government. A year later he killed himself. ‘They’ think he shortened the war by two years.

The film is based on the biography Alan Turing: The Enigma by Andrew Hodges.

The letters were cut from Completely London and were drawn by Harry Malt, Debut Art.