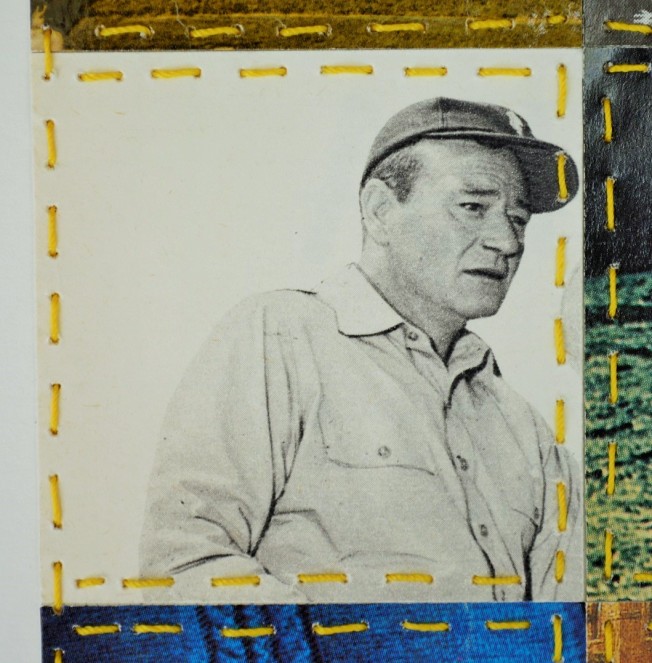 “The guy you see on the screen isn’t really me. I’m Duke Morrison, and I never was and never will be a film personality like John Wayne. I know him well. I’m one of his closest students. I have to be. I make a living out of him.”

You can see the whole piece here.

The photo was taken on the set of The Wings of Eagles in 1956. The photographer isn’t credited. I took it from a flood damaged book called Hollywood Album. Published in 1958 by Sampson Low, Marston and Co. Ltd. Edited by Ivy Crane Wilson. 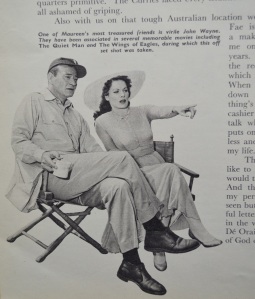