Joan Maude by Madame Yevonde, 1932. Taken from the NPG booklet shown below (Face To Face, Autumn/Winter 2016).

Maude was an English actress, daughter of Nancy Price, and great-granddaughter of Jenny Lind.

She married Frank Waters in 1933 (St. Clement Danes, Strand, London), and they had one daughter. Sadly, Frank died at the age of 45.

Her obituary (1998) said that in her later years, she walked each day on the South Downs.

The photographer, Madame Yevonde, was not a mother (or French, I think). She was a suffragette from Bromley. At the age of 21 she set up her massively successful photography studio, at 92 Victoria Street, London. I walk up this street frequently, so could easily take a photograph. All I have to do is remember to look for the number, next time I’m in the area. Easier said than done.

You can see the whole patchwork, and my research, here. 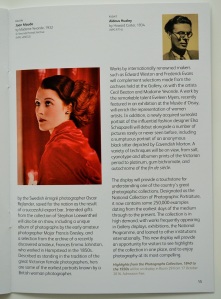 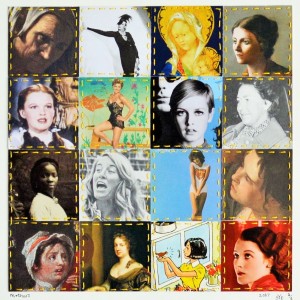 I don’t know the name of Mother 15, on my Patchwork Of Mothers, except that she is Pam’s mum from the 1988 Little Star annual. Nor, sadly, can I find the name of the illustrator.

All I know about Pam’s mum is, she likes birds, like Snow White.

The legs above Pam’s mummy belong to Barbra Streisand.

I can only find this page from the book (see below), although the rest is probably somewhere in the house.

Mary Beale, mother of Charles and Bartholomew, is the fourteenth ‘sitter’ on my Patchwork Of Mothers.

The painting is a self-portrait, and shows her two sons (see below).

The square was cut from Face To Face, Autumn/Winter 2016, National Portrait Gallery. 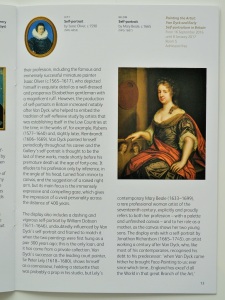 Sadly, the woman I chose for square thirteen is unnamed, but she is pregnant, so that makes her a mother.

She was concocted by William Hogarth in 1750, carries a basket of copies of ‘God Save The King’, and is looking longingly at a grenadier on the Tottenham Court Road.

The March Of The Guards To Finchley, of which she is a detail, can be viewed at the Foundling Museum.

The square was taken from the leaflet, below. 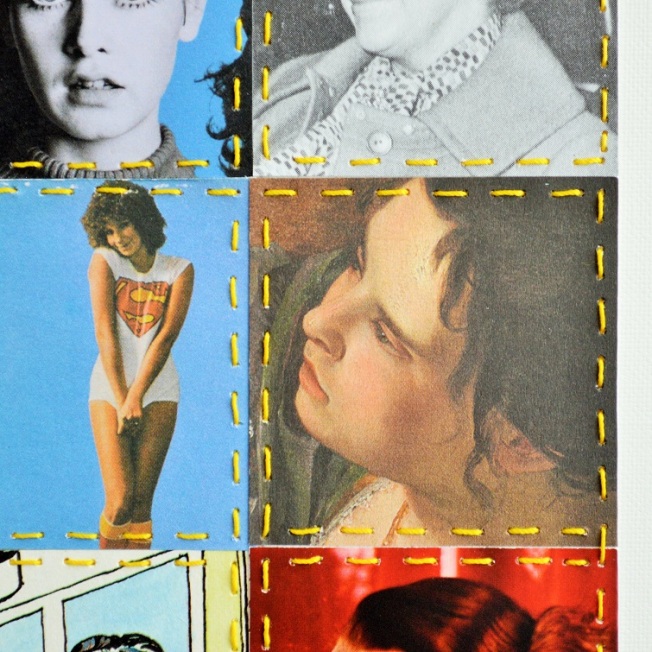 Mother twelve on my patchwork is Artemisia Gentileschi (1593-c1656), the first female artist to become a member of the Accademia di Arte del Disegno.

Her mother died when she was twelve. Five years later she was raped by Agostino Tassi, friend of her father and a popular artist at the time.

A long trial followed, which shamed Gentileschi. It is believed, at one point, midwives physically examined her in front of a judge. Tassi was freed. He was friends with the Pope.

She had one daughter, Prudentia, who was also an artist.

The square, showing a self-portrait, was cut from the Royal Collections Trust leaflet below. 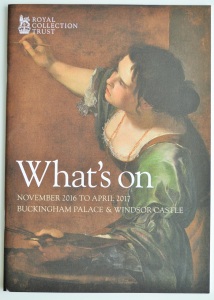 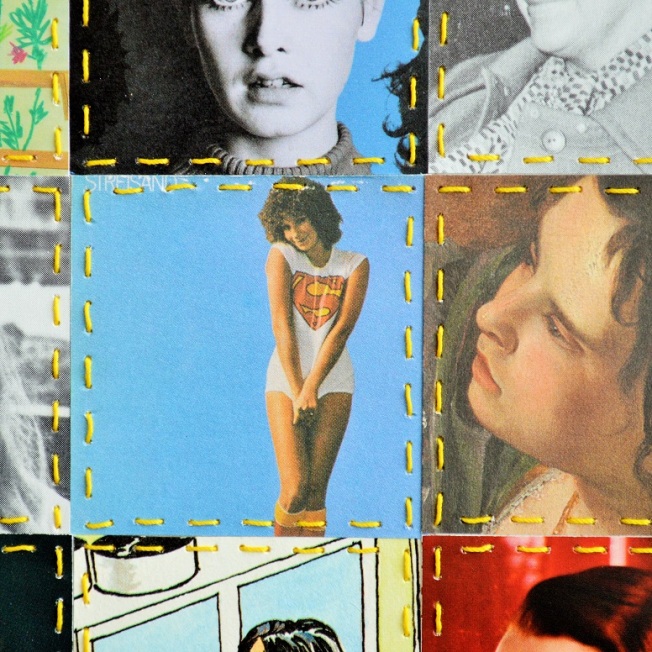 Barbra Streisand, the highest-selling female recording artist of all time.

She has one child, Jason. 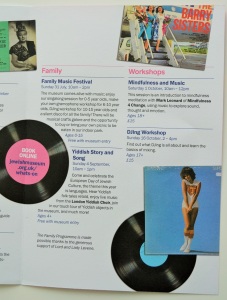 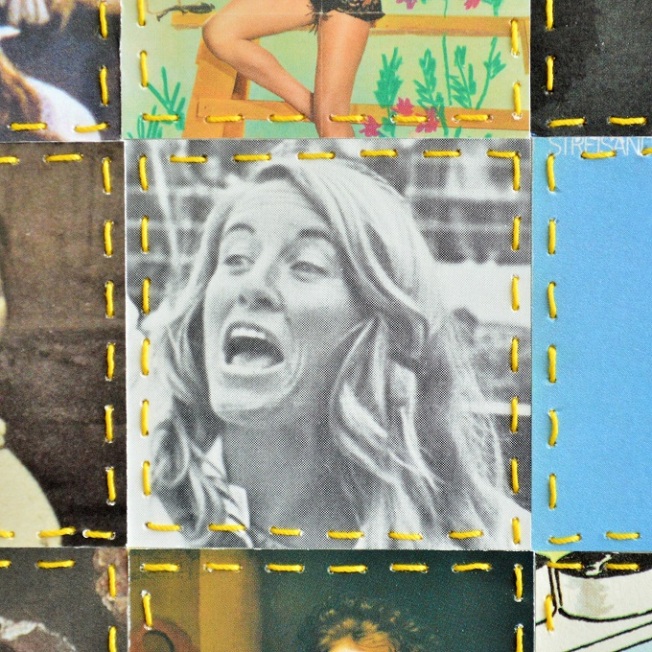 Pictured, here, arriving at Dartmouth in 1978, after sailing single-handed around the world in her yacht, Express Crusader.

The picture (Keystone) was cut from a retired library book, entitled ‘Britain In The Seventies’ by Ronald Allison. Book Club Associates, 1980.

According to this book, ‘Her husband was there to welcome her – and no doubt marvel at the way she managed to look as though she had just been to the beautician’s, not at sea for 272 days’.

You can see her doing it, here.

In 1983, her husband fell overboard, from the same boat, and drowned. Her daughter was born 10 days later.

James was born in New Zealand, did not learn to swim until the age of twenty-three, and was a hairdresser until she boarded a passenger boat for Europe. 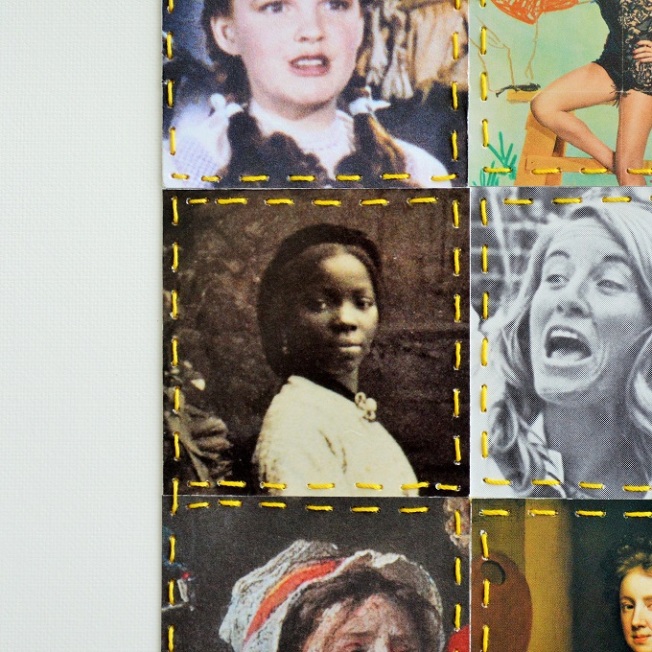 Sarah* Forbes Bonetta is mother nine on my patchwork.

Originally named “Aina”, Sarah, a princess of the of the Yoruba, was born in 1843.

Her parents’ names are unknown, as are the names of her siblings who were all killed in the 1847 slave raid that made Sarah a captive.

It is believed she was intended for human sacrifice, but was saved by a British naval officer, Frederick Forbes. He took her back on his ship, the HMS Bonetta – hence her adoptive name.

She was ‘given’ to Queen Victoria as a gift.

She died, aged 37, from tuberculosis.

Photograph by Camille Silvy, 1862. Taken from the NPG leaflet, shown below.

* In some accounts she is named Sarah, and in others, Sara. 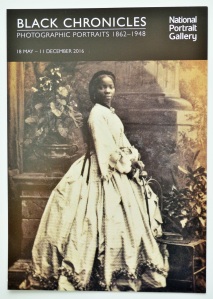 Patch eight is Princess Margaret, mother of Sarah and David, and possibly  an accountant named Robert Brown, who claims he is the secret child of the Queen’s late sister and that she hid a ­pregnancy in 1955.

The photograph below shows Margaret, and her son, leaving Kensington Palace on the day of her legal separation from Lord Snowden in 1976 (Press Association).

It was taken from a retired library book entitled ‘Britain In The Seventies’, by Ronald Allison. Book Club Associates, 1980. 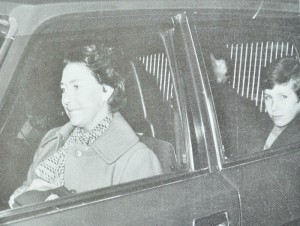 I met her once. She was doing a book-signing at one of my many places of work. I was crowd control. Unaided. It was a long queue, and I had keep everyone in place, so that regular shoppers could get up the stairs without struggle. I was told by one of my ‘superiors’ to inform everyone that Twiggy would not be ‘doing photographs’. I diligently told every single person in the queue, and not one of them took any bloody notice.

It was taken from a leaflet for ‘Revolution? Records and Rebels 1966-1970’, an exhibition at the V&A. It was the highlight of Mr. S’s year because he got to sit on pretend grass and imagine being at Woodstock. The photograph is by Bert Stern.