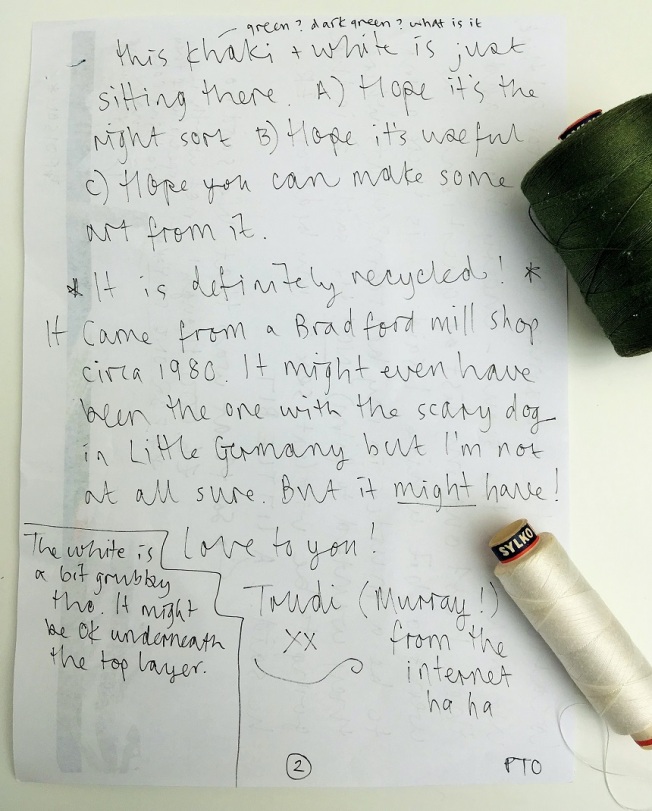 A few weeks ago, completely out of the blue and unexpected, these two Sylko threads arrived in the post.

They are perfect, especially the white one, with its very-hard-to-tangle-me waxiness.

I had previously shown a reel of my ancient, and favourite, lilac Sylko on Instagram. Trudi, the poster of said threads, commented on its beauty. I responded by telling her how sad (and possibly deceased) I would be when it finally comes to an end, prompting her to search her mother’s old sewing box for something similar.

This, by the way, is typical of Trudi Murray. I have never met her in person, but she is kind and compassionate. Not just because of this thread thing, but in the way she conducts herself on the social media. With dignity.

The ‘grubby’ top layer of the white thread is the most precious bit. 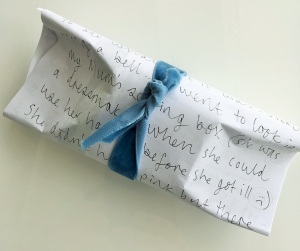 12 thoughts on “The Kindness Of Trudi”